Prices and availability are current from 30 September 2022. Please check with your consultant for the most accurate information
Report inaccuracies
Available apartments in Residential Complex Lisi Green Urban
Look at the real apartments available for purchase in this residential complex

Lisi Green Urban on the map of Tbilisi

Ways to buy an apartment in Lisi Green Urban

All calculations are approximate. The final figures will only be announced by the bank or the developer
Mortgage from TBC Bank
Mortgage
13,9
%
interest rate
2 618
₾
payment per month
15,44
%
effective rate
Excellent.
If your net income is at least
5 236
₾
44 323
₾
amount of interest payments
176 978
₾
final cost of the apartment
Other ways to buy
Installment is not available
We checked the information and the developer's representatives confirmed that this residential complex does not offer this method of buying

Where is the complex located?

Lisi Green Urban is located in close proximity to Lake Lisi at the end of the Nutsubidze plateau, next to the artists' village and opposite the new hippodrome. The exact address is Avto Varazi street No 58. The building site is quiet and calm but at the same time a short distance from the city center. The surrounding is environmentally friendly. The houses are located in a natural green landscape plateau.

The nearest bus stop is a 15-minute walk from the complex. Mini-buses run in the nearby area with which you can get to the center.

Most facilities can be found within a 5-10 minute walk from the new homes. There are several kindergartens in the area: No. 201, private Geo-Park and Leader Land Nutsubidze. Nearby there are several schools such as the British school, "Mtsignobaruhutsesi", "Millennium", high school number 102, and the American school. Nearby are a shopping center, a pharmacy, and several cafes. The complex is located at a distance of 2.5 km from Lake Lisi and the park around it.

What are the architectural features?

Lisi Green Urban consists of five low-rise buildings in European style. The modern low-rise towers with a height of 5 floors were constructed using monolithic frame technology. During the construction, the developer used the latest technologies in terms of sound insulation, heating, and cooling systems.

Lisi Green Urban has an eye-catching appearance. The uneven facade with protruding elements, the allocation of zones with various materials and colors make the appearance of residential buildings unusual and attractive.

What is on the territory?

Solar panels are installed that provide lighting next to each house on the territory of the Lisi Green Urban complex. In the courtyard are bicycle paths, a pedestrian alley, recreational areas, and landscaped gardens. The area is inhabited by hedgehogs, rabbits, and squirrels. The bicycle paths lead to Lake Lisi.

There is a guest parking lot for 15 cars and for residents and an underground parking lot for 92 cars. The on-site amenities of Lisi Green Urban include a state of the art gym, a basketball court, a play area for children. The area is decorated with gazebos and hammocks and there is a designated hall for celebrations.

Each new building has a lounge zone with a public space. Despite the low-rise construction, modern passenger elevators are installed in the houses.

What kind of apartments are available?

On each floor, there are 7 apartments. You can buy one-, two-, three-, and four-bedroom apartments ranging from 43 to 181 square meters. The layouts are functional and include balconies and loggias, bathrooms, and kitchen studios.

The units are handed over in the state of white frame. The price of each apartment includes an individual pantry.

Who is the developer?

Lisi Green Urban is a project of real estate development "Green Development" which was founded in 2004. The company is a subsidiary of investment holding Private Capital Partners. The developer operates in Tbilisi and a number of other European cities. It boasts a portfolio with many completed projects.

On the official project website of Lisi Green Urban, you can find more information about the apartments. There you can also clarify the questions regarding the purchase of apartments by using the feedback form. 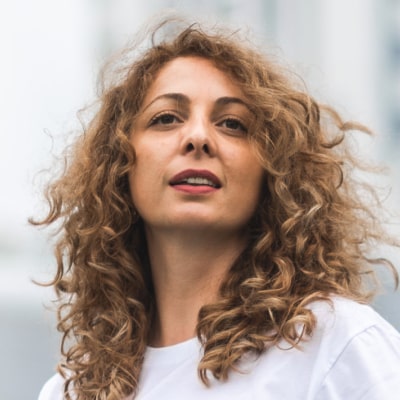 Lela Dzudzushvili
Korter Real Estate Consultant
«My experience in choosing real estate will help you to not only find the best option, but also feel more relaxed and more confident in this difficult process»
Without additional fees, our consultant will help you with the purchase of housing: from choosing a residential complex to paying for the apartment
Messengers
Like Residential complex Lisi Green Urban?
Add to favorites so you will not lose it or send a link to someone who helps you with the choice of housing

Which apartments are available for sale in Lisi Green Urban in Tbilisi?

How much does a m2 cost in Lisi Green Urban?

How to buy an apartment in Lisi Green Urban in Tbilisi?

In this complex you can buy apartments with a Mortgage from TBC Bank.

When will Lisi Green Urban be commissioned?